At primary school my nickname was Biscuit. Because I was thin, weedy and fragile: I would crumble so easily.


I’m now realising, 55 years later, how much I used to dread play-times. I don’t think I was bullied as such, just couldn’t cope with the rough and tumble. I’ve long remembered how I used to hate sports and games at secondary school and would (subconsciously?) invent all many of minor ailments in order to get a sick note from my mum so I didn’t have to do them. But it’s only just coming out (thanks to the universe getting me to live in an area of town that, due to its proximity to a primary school, is, effectively, a play-ground) just how bad it was for me. Reliving it is bringing on my IBS as little has before: reflecting the stomach aches I regularly had in those days. And the hay-fever is being triggered so easily, reflecting the regular colds I always had whilst at school. I was sickly. But was that cause of effect in relation to my play-ground aversion? Probably a vicious circle.

And one not helped by a couple of other factors: my eyes were bad (short-sighted) but we hadn’t realised it at the time, so I wouldn’t have been able to see balls to catch, for example. And my mum was school secretary, so would always be keeping an eye on me and protecting me.

And we didn’t do emotions in our house. So, however I felt about it all was bottled up, held in. It came out in all my minor ailments, but those were physical, weren’t they? Treated with a dose of this linctus or that tonic. No mental health advisors in schools in those days . . and would they have picked up on my fears and helped me face them?

Who knows, but those memories have to be faced. The biscuit has to be taken, dunked and dissolved.

Posted by OneReality at 00:23 No comments:

With millions tuning in to The World Cup, there’s no doubt that football is popular amongst humans, both to play and to watch. But is it a natural pastime?

Do any other animals play soccer, or any other ball-game for that matter? No! It’s a human invention and unique to humans which, by some definitions, makes in un-natural.

My home-office windows looks out over a small area of grass used by the neighbouring children to play all manner of games. There’s little question that football is the most popular and sometime there’ll be a proper game taking place. Or the younger ones will be learning some natural hand-eye coordination and getting some natural fresh air and exercise. But, all too often, the playing will be very half-hearted or the thud of boot on ball a clear indicator that ‘playing’ football is far more about relieving frustration or attempting to relieve boredom. Do any other creatures suffer from frustration and boredom? Both are very un-natural.

And then there’s the spectators. Do any other creatures sit for hours watching their follows in some pastime (sporting or otherwise)? Through all my decades watching David Attenborough I do not recall any such situation described. So, we could say that spectator sports are un-natural.

As for the commercialisation of sport, how un-natural can you get!?

Don’t get me wrong, there are, I have to admit, some amazing skillful footballers around. Their ability to control the ball and related athleticism is undoubtedly a God-given gift, a natural talent. And it’s only natural to want to develop and display such talents. Think of the wonderful displays of aerobatics by dolphins, for example. If football was always played in the same spirit, then yes, it might be considered natural. And, interestingly, if it were always played naturally, as other creatures play, we would probably get much better matches . . .
Posted by OneReality at 00:23 No comments: 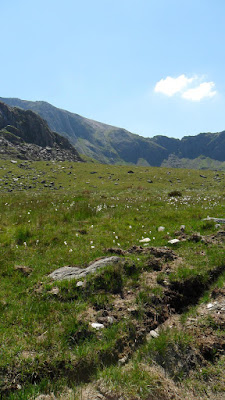 Ask a mountaineer or hill-walker why they climb, and you may well get the answer “because it’s there!”. Personally that doesn’t resonate with me at all. I enjoy exploring and like my fresh air and exercise, but to go ever higher, to test myself against the elements just doesn’t do it for me. And why should it? Are we not all different?

Watch a litter of puppies or group of young children and you’ll see a wide range of characters. Some will express their zest for life by crawling, then climbing anywhere and everywhere. Others will do their exploring more inwardly: watching, observing, ‘taking it all in’. That’s always been me.

Don’t get me wrong, give me the opportunity to explore a different ancient town or botanic gardens or different culture (particularly though its food and drink!) and I’ll take you up on the offer. Physical experience is still important to me, but I’m not interested in the extremes. I watch some of the extreme sports now practiced and have no inner answer to the ‘why?’ people do it. Are they adrenalin junkies, I wonder? But they might consider those like me to me information junkies, I suppose.

I used to crave information, facts and theories. As a boy my head would always be in a book, seeking answers to the questions of life. As my eyes have deteriorated and I’ve got more in Zen and the Tao, I’ve become more discerning. No longer soaking up any and all information. Now what matters is coming to terms with my immediate surrounding and finding some inner peace with my here and now situation. The inner drive, that has always been asking ‘why? How?’ in the back (if not the front) of my head now urges me to take a step back from the mental machinations and tune-in. To go within and feel the situation, to know whatever it is I need to through being at one with it. My exploration is increasing at a deeper level, beyond boundaries of body or mind . . . where ever fewer have trod before. Which may be why so few understand enough to recognize the achievements of those on a similar journey. It’s another paradox to be embraced: how can anyone appreciate something they don’t understand?

But that, I realise is what bugs me: if you’re ahead of the pack on an athletics track or race track you’re glorified and worshipped. If you dare to stick your neck out in front on matters more intellectual or esoteric you’re more usually ridiculed or persecuted. What’s going on? A mountaineer who goes where not human foot has ever trod, just because it’s there, is hailed as a hero . .. but those who dare to think thoughts that no man has thought before are considered fools (although both groups may also be considered mad). In both cases we’re both merely responding to an inner urge to explore, to grow, to evolve. In the case of progressive thinkers we would argue that our ideas are for the benefit of humanity. And yes, we would consider that we are leading the way . . . like the pioneers of mountaineering. All we ask is for the same recognition that they get, please.
Posted by OneReality at 00:36 No comments: