Every day is a Holy-Day


You don’t have to be a Christian to appreciate the true spirit of Christmas. “Peace on Earth, goodwill to all men” is an intent understandable to and appreciated by men and women of pretty much any religion or no religion.

So as we attempt to bring peace, health and inner harmony into our personal lives, how can we tap into this true spirit of love and shared humanity? 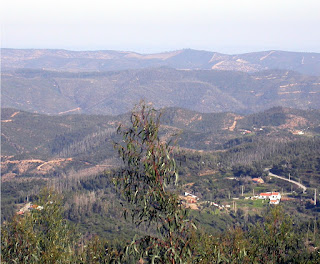 Some years ago I moved into a remote new home in the hills of the Algarve in Portugal. The scenery was stunning, the weather amazing. It really was like being on holiday every day. So it came to me that “Every day IS a holy-day!”

It’s true isn’t it! Whatever being holy may mean to us, it’s something that is intrinsic to life. Life is holy, every day is holy, full of the natural things that allow us to live on this amazing planet. True, vacations from the typical daily trials of work help us to better appreciate the innocence of children, the importance of family, the value of a caring community, for example. But they are ever present.

I know, from personal experience, that, so often, it’s my mind that gets in the way of treating every day as a holi-day. I’ve also found that it’s been much easier to reconnect to this ever present life-force (even since moving from my Algarve retreat), with Reiki in my life. The Usui System of Natural Healing is based on the energy of Reiki: the universal life-force. That very energy of everything that makes every day feel like a holi-day. Learnt (or rather remembered, it’s a natural skills, gift or ability we all have) in a few day or short on-line course, Usui Reiki helps to sense the life-force within us and within life around. As such it’s a wonderful gift.

Giving and receiving Reiki is about both presence, the feeling of being at peace with yourself and with the world, and a present: a gift to us from the universe itself.

(Note: the property ‘Quinta Pintados’ is currently up forsale. Do let me know if you’re interested in your own personal retreat home!)

Posted by OneReality at 04:50 No comments:

Phew! What a last few months we’ve had around the globe. The UK have voted to leave the EU and the US has elected Donald Trump as president; both unthinkable a year ago. We sure do live in ‘interesting times’.

Not surprisingly many of us are feeling uneasy, uncertain, if not downright afraid of where these demonstrative decision are going to lead. Nobody really knows  . . .  and that’s probably the biggest problem. Humans had become so used to being in control and knowing everything  . . . and now all of that has gone up in ginger smoke.

So what can we, as ordinary human beings, do about it? Hopefully we’re wise enough to know that allowing fear to govern our actions is only likely to make things worse, but knowing that and being able to find some inner calm and confidence are not always the same thing.

So, here’s a simple breathing exercise, that anyone can do (though obviously not whilst you’re driving or operating any machinery!). Just listen to this recording and close your eyes . . . . 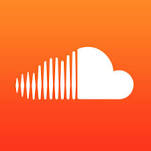 Download it and play it at any time. Get used to closing your eyes and developing your own version of the exercise to do whenever your nerves or emotions begin to get the better of you.

This simple breathing exercise is a useful step in reconnecting to our own deeper sense of self with its associated inner calm, courage and wisdom: just what we need to come with the uncertainty in today’s world.

There are many ways we can cushion ourselves from those world (or local) events over which we have no control. The one that found me 20 years ago and is now an integral part of my life is Reiki Healing (or free webinar available here). Like breathing it’s simple and natural. Like a deep breath, Reiki can help us reconnect to a deeper certainty about life and smile again . . . 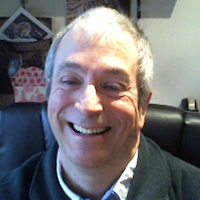 Posted by OneReality at 03:55 No comments:


To any track athlete or swimmer, a Personal Best, or PB, is all: it is the single best indicator of their progress . . .  and place on the global stage.

But how can we adapt this simple and useful measure to progress on our personal growth journey? When our goal is not to win gold but to become more whole, better at coping with life, is there an equivalent to a PB?

For anyone engaged in personal development, improving Emotional Intelligence (EI) or such self-improvement process, there is a simple, easy to measure indicator of your progress:

My PB used to be about a week. When one of my biggest issues cropped up it would get me angry and/or depressed for about a week before I was able to let it go, accept what had happened and get on with the rest of my life. The time between the gun going off and regaining my full, calm, composure was typically 7 days. That’s how wound-up I was!

The trigger will vary between us: it might be something a politician says, it might be smoking, it could be anything: there are few of us who don’t get irritating by something. And it’s these triggers that help those engaged in EI improvement to know what to focus the growth process on. Then as we face our demons, undertake appropriate forgiveness and inner-healing, so our PB comes down. An enlightened person’s PB will be seconds, or less. At the start of the process we might never really let-go of some issues!

It’s an on-going process and having such a simple measure can reassure us that progress is indeed being made. Thus, for example, as an open-minded engineer I like to think I can accept new ideas pretty easily. But I do get frustrated by those scientists who insist on ‘evidence’ before they’ll even consider the possibility of any theory than varies one iota from the long-established norm. Faced with such a situation I would have been cranky and depressed for weeks. Earlier today I found myself, quite by chance (LOL! The university of life works in wondrous ways) listening to just such a unmoving scientist on the radio. I got angry. Then I felt depressed. But now, an hour or so on, I can smile at it knowing that ‘they can’t help it’. My PB has improved from weeks to hours! OK, still some work to be done, but practice makes perfect.
Posted by OneReality at 09:45 No comments:


In the personal development arena, victim thinking is a major issue. So many of us can’t help feeling that the whole world is against is. And, of course, if that’s what’s in our heads so the universal law of attraction applies and we bring that very situation to is. All classic justifications for positive thinking. But is it as simple as that? Can we just switch our thoughts to more constructive ones?

Anyone who’s seriously tried this will probably tell you that whilst such an approach can work to some extent (often with amazing results) it’s often far from easy. The thoughts and beliefs we’re intent on updating are often so deeply engrained that we might as well try to change our place of birth! (The two factors often having a major impact on each other).

From my own experiences I’ve identified a number of others issues that are relevant here:
Awareness: as I become more aware, so I become more aware of the many ways in which those around me (in normal everyday life) if not ‘against’ me are probably not ‘for’ me!

There’s two facets of this. Firstly as my own level of awareness increases so I become more conscious of the reality of those I share a street/town/country/world with. I see that most are so caught up in their own rushed lives that they don’t even notice me, let about care about me. This is in stark contrast to the village and community in which I was brought up: where folks generally did care and look-out-for each other.

Maybe it’s just a sign of how things have changed in the 50 years between the 1960’s and the 2010s. Somewhen, probably the Thatcher era of the 1990s followed by the current ‘head in screen’ Tech age has made British society at least (and probably many others) far more self-centred, with the norm being to cut yourself off from everything and everybody else. No wonder so many of us have victim thinking! It’s not that the world is against us, more that the societal norm has so favoured personal success (in a limited, material, sense) that there is little sense, in many quarters, of ‘belonging’, of being cared for or cared about.

In my own case, there’s another factor which exasperates the situation: Since as long as I can remember I’ve been an observer: I like to see what’s going on, I notice. I suppose it is this that has made me a good Quality Assurance person and a good researcher. I can spot trends . ..  or things that are out of place. I’m not swayed by superficial factors but able to tune in and get a real feel for a situation.

Thus, as I look around me and tune into today’s reality, I can’t help but note, for example, how little time most people seem to have .. . for themselves or what they feel they need to do, let alone for anybody else who happens to be sharing life with them. It’s nobody’s fault, just what society have become, in many areas, over recent decades. Again it is no surprise that victim thinking, and all the heath and societal issues that go with it, are at such high levels.

So what’s the positive thinkers response to this? How does the Law of Attraction apply when the reality is that, so often in modern society, we are isolated. We are on our own.

Yes, we can, and probably do need, to seek out kindred spirits, to practice acts of random kindness, to smile at others even if many such attempts at engaging will get no obvious response. When enough of us do such things, when enough of us return to showing that we care, then the Law of Attraction will respond. Miracles do happen . . . but rarely when we want them to!
Posted by OneReality at 23:42 1 comment:

We’ve all got a heart!

What a lovely, and moving, opening ceremony to the Rio Paralympics. Such a powerful message: we’ve all got a heart. Whatever our ability . .  or disability, wherever in the world we come from, we all have a heart. OK, for a few lucky transplant patients, it might have started out as somebody else’s but we, every single one of us, have a heart.

And not just a heart that pumps blood around our body: we all have a heart that
needs to feel it belongs, that needs to care and be cared for. That’s what makes us human beings!

Worth remembering that.
Posted by OneReality at 08:07 No comments: