There is little doubt that we live in interesting and many would say, troubled, times. Across the globe we’re seeing more terrorist attacks, or at least more reported ones, spanning a spectrum of isolated individuals with mental health issues to highly planned attack by an extremist group. Then we have the Americans nominating Donald Trump as a presidential candidate and the British voting to leave the EU: neither of which were in any way predicted 12 months ago. What’s going on! Are these developments, puzzling and worrying to many, a sign of some underlying trend, a Zeitgeist?

Since probably the 1980s, the Reagan/Thatcher era, we’ve had the Zeitgeist of personal ambition, or going for and getting whatever you can get. And that’s applied at the level of individual, corporation and nation.

Since the 1960s there’s been the ‘alternative’ Zeitgeist, closely linked to the peace movement: all sorts of campaigns against war, exploitation and over-commercialisation.

One facet of the above, the ‘anti-establishment’ Zeitgeist, may underlie the Trump bandwagon, the UK rebellion against the EU and a rise of far-right, fascist or nationalistic parties across Europe. Many folks are just fed up of being told what to do by career politicians and bureaucrats who are out-of-touch with how ordinary folks are feeling.

And it’s not just establishment politicians who are feeling the brunt of popular back-lash. In the UK at least, high profile corporate scandals (e.g. the failure of BHS and ethics of Sports Direct) are highlighting the need for a better moral compass in all walks of life.

Perhaps underlying all of this is a ‘we’ve had enough’ Zeitgeist: a coming together of the desire for personal freedom with the realisation that many of those we’ve been trusting to run our business and governments actually don’t have our interests at heart . ..  because they no longer have a heart!

After decades of society being dominated by the belief that humans, or rather a few powerful ones, can control everything (from financial stability to the world food production) and that this will mean health and happiness for all of us, the truth is beginning to dawn: money, power, technology are merely tools. It’s the intent behind them that matters. And, what we all need is to feel valued, to feel that those in charge care about us.

All that’s going on in the world today, with the worst aspects of human behaviour hitting our screen and streets are no more and no less than the results of how we’ve been living and thinking over recent decades. They are a wake-up call. Yes, this dis-order and unhappiness is the current Zeitgeist, but it need only be temporary phase.

Some call it Emotional Intelligence, some call it conscious evolution, but those who understand it best know that it’s something, like any true Zeitgeist, that cannot be put into words: it’s no more and no less than the irrepressible human spirit reasserting itself.

The more we acknowledge it, the more the Zeitgeist will build. The more committed we all are to balancing our heads, heart and hands, the sooner we create a balanced, harmonious society. 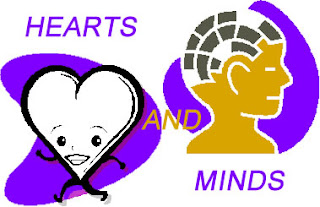 At times it won’t be easy. I can see and admit how spoilt the ‘personal ambition’ Zeitgeist has encouraged me to become. I’ve become aware of how easy I like things to be. But I’ve also seen that progress comes not by trying to control things or other people, but by taking the time and effort to understand other perspectives and by finding empathy and compassion for those who, for whatever reason, are different from me. The emerging Zeitgeist is of ‘one humanity’. Not just a global economy and ecosystem, but a genuine, practical, recognition that we are all in this together. In order not just to prosper but to survive, we have to recognise our common humanity and remind ourselves what that means: we are all thinking, feeling, human beings.
Posted by OneReality at 03:21 No comments: